Can Lighting Change a Room?

When moving in or remodeling, homeowners are wise to focus on the power of light to illuminate rooms, add decorative panache and color, pare energy consumption and improve safety.
Key Takeaways:

October is all about getting back to a routine and welcoming the crispness of fall. It sometimes serves as a reminder to dig into a home improvement project before winter sets in.

So much of the time, plans to decorate or fix up a home focus on big fun projects such as kitchens, bathrooms, paint palettes and furnishings. Other projects, like lighting, are often an afterthought.

Choosing where to cut holes for recessed ceiling cans or install light switches in walls may seem ho-hum and boring, “but these decisions and others should be part of any plan because there’s so much new lighting technology to take advantage of,” Case says.

Technology isn’t the only reason to keep lighting at the forefront of design plans. Thoughtful light decisions made early on can both help save money and time and limit mistakes. For example, adding recessing cans to a ceiling after it’s been painted might require rewiring and repainting. 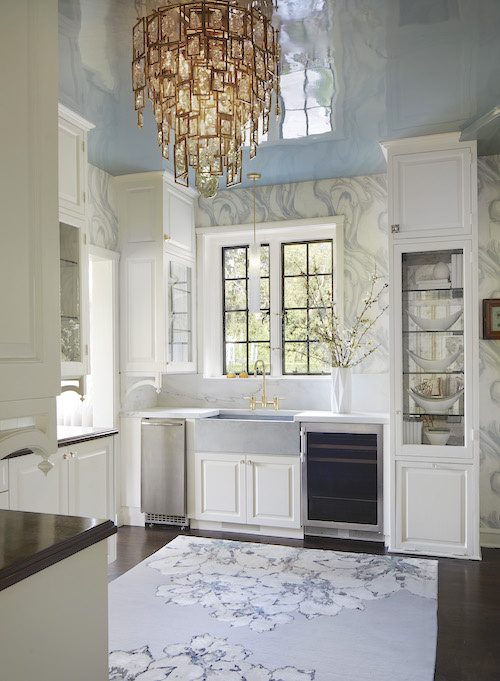 “Start thinking about your lighting design as early as you consider your overall vision for your home,” designer Avraham Mor, CEO of Chicago-area Morlights, advises. “Lighting has one of the most significant impacts on how your spaces come to life.”

Getting started might feel overwhelming, especially if you’re not accustomed to thinking about lighting, but a little preparation and help from the experts will make a big difference.

Do Your Homework and Make a Plan

Like many industries, the lighting space has changed to accommodate new technology, energy needs, and styles. Do a bit of research on what’s available. Consider your design preferences and how far you want to move into the technology space when it comes to lighting. Remember to also consider how much natural light a space gets, Mor says.

For research, a simple Google search will produce a long list of resources. You can also opt for one of the American Lighting Association’s(link is external) publications. The association offers a downloadable “Lighting Planning Guide” and its Lighting magazine, says executive vice president Larry Lauck. All manner of topics are covered, from lighting for aging eyes to remote controls for fixtures. You’ll also learn a host of key terms like “lumens,” “baffles” and “watts.” 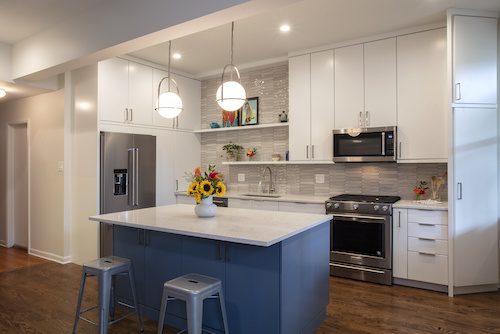 Even though they’re not new, the buzzword in the industry is still LEDs. The light emitting diodes are responsible for many improvements, including energy efficiency. In today’s market, they come in a range of colors and can be programmable. In many cases, they can be controlled from an app on a phone or by voice command.

“LEDs have been around for years but became more popular in late 2009 to 2010, when they replaced compact fluorescents,” Lauck says, adding, “Each year, they’re more sophisticated and better quality.” 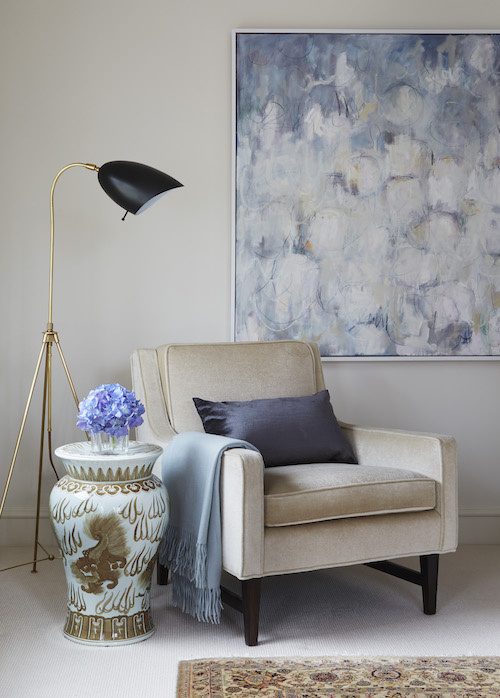 Nothing compares to viewing lighting options in person. If you’re uninterested in a big-box store, showrooms can be found on the ALA website(link is external) by ZIP code; some have a lighting lab, which demonstrates products in vignettes that simulate rooms.

Even if a homeowner can’t visit a lab, experts at most showrooms are trained to demonstrate options. They can help most if homeowners bring specifics, such as a floor plan or rough sketch of the room in question. It’s even better if the measurements and placement of doors, windows (since natural light affects how artificial light looks) and furniture are sketched in, says Shawn Carstensen of Wolberg Lighting Design & Electrical Supply in Kingston, N.Y.

“I’ll ask what the function of the room is, how they want it to look, and what type of light they may want to see—a wide beam or crisp focus,” he says.

With a pro on board, a homeowner can have a lighting plan drawn up. “It’s less expensive to work from a plan rather than piecemeal and have someone come back multiple times or have to correct mistakes,” Lauck says.

Case includes lighting suggestions in her plans and elevation drawings and then has her contractor or electrician fine-tune them based on the fixtures and bulbs that will work best in each room.

A homeowner’s age and physical challenges may also come into play. “If they are getting older and have poorer eyesight, they may want different lighting to illuminate a path to a bathroom at night or into a kitchen to grab a glass of water,” Lauck says. Wheelchair users may want switches at 48 inches above a floor rather than at 52 inches.

And then there are other decisions such as the choice of fixtures, baffles, lenses, and housings (the protective covers for cans) and the number of switches.

Considerations for The Project 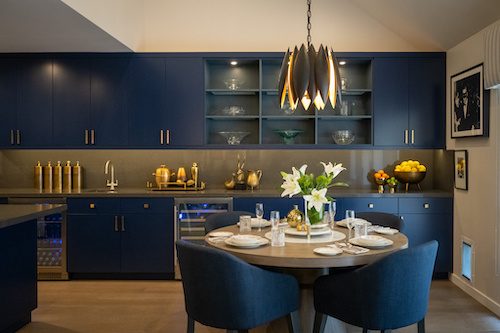 Once the learning and planning is complete, it’s time to get the project started. There are still a few considerations to make in order to ensure you create the look and ambiance you want.

Even if a homeowner opts not to work with a retail store’s lighting professional, hiring an expert is a good idea. Some specialists work independently and are members of the ALA or International Association of Lighting Designers.(link is external)

“Who a homeowner goes with often depends on the members of their home improvement or decorating team, their budget, and the lighting they want,” Case says.

An electrician is necessary as well, as most electricians will check if they need to upgrade an electrical panel for more light. They’re also knowledgeable about the National Electrical Code and local building codes.

A homeowner should ask upfront about charges. Some showrooms may provide a consultation for free or for a fee that’s refunded with merchandise bought, says Rey-Barreau. An independent designer may charge by the hour or by the project. Some interior designers and architects include lighting ideas in their services.

The Rule of Three 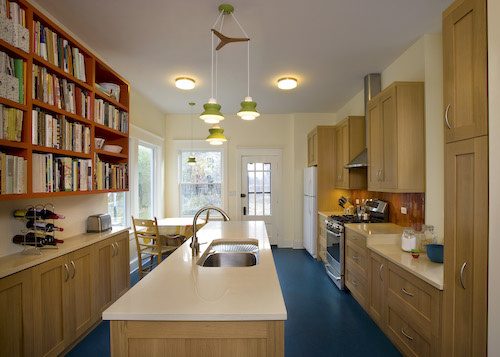 The best plans feature a mix of three layers of light that work together to make rooms function and look great, says Rey-Barreau. “Some rooms may have more layers to offer the chance for a more custom look,” he says. 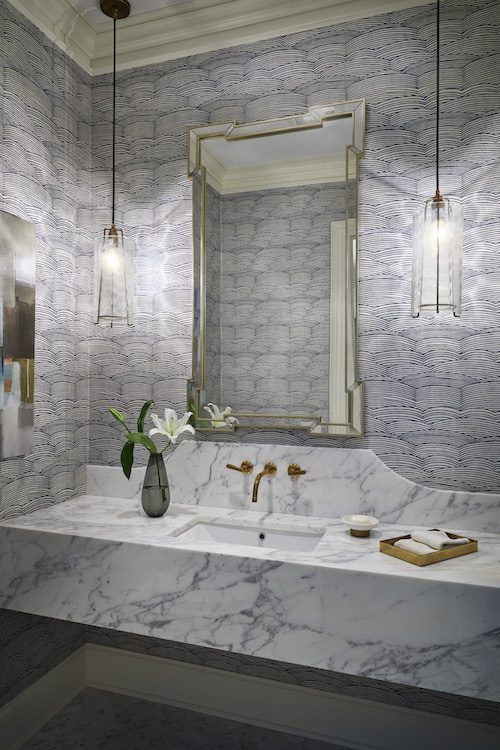 Homeowners may think of wattage equivalents first when choosing lighting, but that term refers to the energy a bulb puts forth. The Kelvin scale measures the temperature of the light and is important since light colors aren’t all white, off-white, or yellow. They should be matched to function and mood.

“A standard incandescent might be 2850 K and have a warm yellow glow. If you want white light for a bathroom and applying make-up, you might go with 3500 K,” Lauck says. You also might want a crisp white to enhance a kitchen when selling, says Chicago salesperson Jennifer Ames of Engel & Volkers.

For other moods, you might desire a bluer light, from 4000 K to 6000 K, Lauck says. The good news is that you can find a LED for any color of the rainbow.

Play Up the Source

While LED bulbs have gotten smaller, the fixtures are playing a more decorative role. There are a plethora of sconces, pendants, chandeliers, ceiling-mounted fixtures, table and floor lamps, and ceiling fans with lighting built in. Most come in multiple styles, shapes, materials, colors, textures, sizes and prices.

Los Angeles designer Christopher Grubb of Arch-Interiors calls decorative lighting the jewelry of a room. In one kitchen, he designed the crystals of the two chandeliers to sparkle like diamonds.

When It’s All Said and Done 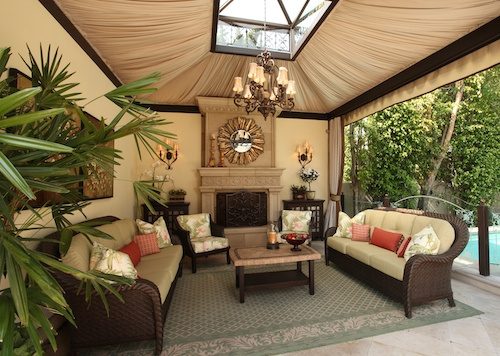 Even if you haven’t made lighting a priority, it’s not too late to add or change it. “It’s just harder and more costly to make changes as a project gets to later phases,” Grubb says—or after it’s done.

Bear in mind the goal of achieving balance with lighting. If too many lights are on at once, the light can wash out important design elements and distort colors, Mor says.

But if you don’t have enough, you can’t turn on more light. That’s why Rey-Barreau likes to go with more fixtures and then use dimmers to give homeowners control when they want less light.

This content is not the product of the National Association of REALTORS®, and may not reflect NAR's viewpoint or position on these topics and NAR does not verify the accuracy of the content.

Find your next home

Please provide your name and email

Thank you for contacting us, we'll get back to you shortly.

Sorry, we are unable to send your message at the moment. Please try again later.